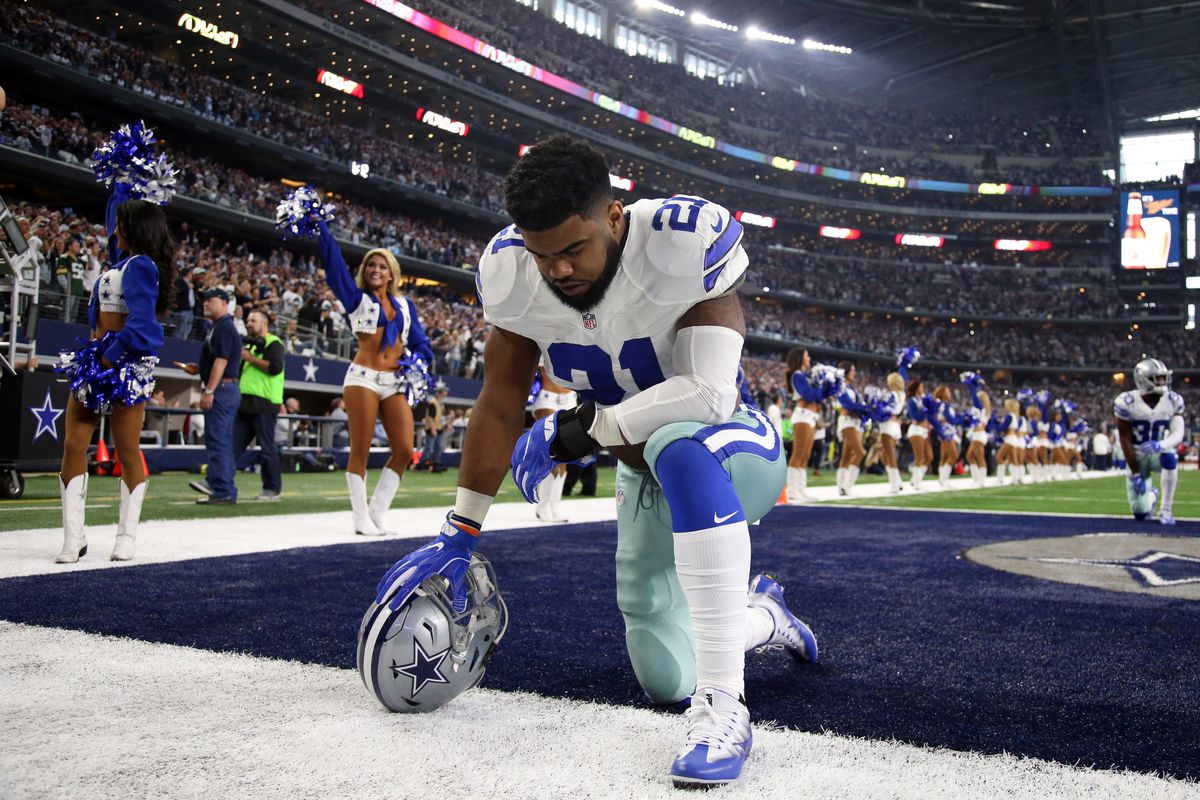 The Dallas Police Department is suspending the investigation into the incident at a Dallas bar reportedly involving Ezekiel Elliott last Sunday night.

It hasn’t even been a week since ESPN’s Adam Schefter sent NFL fans into quite the tizzy with an update on the NFL’s investigation into Ezekiel Elliott originating all the way back to July of 2016. Two days after Schefter’s report concerning last July and the ensuing NFL investigation, news broke that Zeke was allegedly involved in an incident at a bar in Dallas on Sunday night.

Just over 24 hours later there is yet more news concerning the DPD’s involvement, or what now could be termed lack of involvement on the case. WFAA’s Rebecca Lopez provided an update on Wednesday afternoon:

One has to wonder, now that the Dallas Police Department has suspended the case, if the NFL will look into this further. After all, when the Columbus Police Department did not press charges against Elliott after last summer’s alleged domestic violence incident the NFL began its own investigation that has been going on for a year now.

Even if the NFL decides not to look into Sunday’s incident, this does not preclude Elliott from any sort of punishment or suspension for last July’s allegations. We now know that the Dallas PD has moved on, will the NFL? Will we get word on a resolution from last July? For now, we wait.

More From Blogging The Boys