Back to the roots: these fashion startups are breathing fresh life into Indian ethnic wear market

Ethnic wear is a part of every Indian woman’s wardrobe. From apparel and jewellery to footwear and accessories, the Indian ethnic wear market is also seeing tremendous growth, thanks to India’s online retail boom.

Indian ethnic designs are not just popular among Indians, but it is well-liked by people across the world. While brands like Fabindia, Biba, and W have helped us in making the ethnic wear popular among the millennials, there is also a growing number of Indian startups that are making a mark with their ethnic labels.

YourStory takes a look at few fashion startups that are bringing India’s ethnic attire back in vogue in a fun and quirky manner.

Started in 2018 by Pratima, Aditri (Sanskrit name for Goddess Lakshmi) is a lifestyle ecommerce startup which sells sarees, jewellery, dupattas, and handmade art and crafts.

The New Delhi-based company provides a platform to showcase the rich cultural diversity of India, its traditions, design ethos, and aesthetics in sync with contemporary India. It also empowers craftsmen, artists, and the creators of art to showcase their talent.

“We believe in personal touch, and so each creation is handmade, sourced from artisans across states in India. We curate unique collections that resonate with our philosophy of keeping ‘real things in life alive’,” says Pratima.

Self-funded so far, it currently has more than 400 stock keeping units (SKU’s) of sarees and silver jewellery. Aditri also has significant traction in international markets with 60 percent business coming from the US, the UK, Canada, and South East Asian countries.

In just a year, it has achieved more than Rs 50 lakh in gross revenue, with at least 30 percent operating profits. 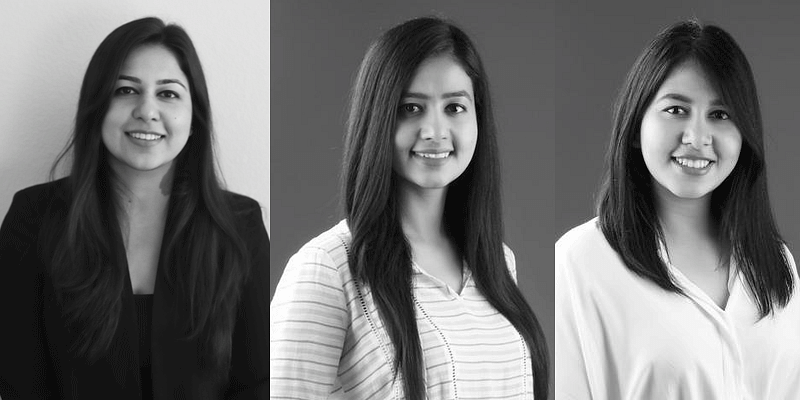 Bengaluru-based Pastels and Pop was launched in 2015 by Aarti Chabbra, Akanksha Chabbra, and Neha Chabbra, who were inspired by their hometown Punjab. The trio wanted to bring juttis to South India by bridging the gap between local artisans and the market.

The company offers handcrafted products including Punjabi juttis, mojaris, khussas, and Indo-Western clothing for both men and women. At present, Pastels & Pop has a team of 32 embroidery artists in Bengaluru, and 42 craftsmen in Punjab.

It has its own store in Vijayanagar, Bengaluru, and one can shop for the products on its website. It ships products all over India and to countries like Singapore, the UK, Australia, Qatar, Hong Kong, and many more. Its products are also available on retail stores such as Aashni and Co., Wedding Brigade, and Trendroots.

Apart from its website, its products are available on ecommerce sites such as Myntra, Jabong, and Flipkart. The company ships products across India, Singapore, and Malaysia. It also opened two flagship stores in Dimapur and Kohima City in Nagaland in 2018.

According to the founder, after foraying into the market with 15-20 styles per week, the company is now bringing 150 new styles every month, and it has a customer repeat rate of 35 percent. In June 2017, Flipkart-owned Myntra collaborated with Aks for its brand accelerator programme.

This year, Nidhi claims that Aks has made Rs 75 crore till Q3, and generated Rs 1.60 crore in revenue. It has reported Rs 100 crore in gross revenue, clocking 150-200 percent topline growth this year. Today, the company has an integrated network of printing, dyeing, stitching, and manufacturing units in Jaipur.

Launched in 2014 in Delhi by Shirin Mann Sangha, NeedleDust sells handcrafted leather juttis with handwoven embroidery available in select retail stores. A journalist turned entrepreneur, Shirin started NeedleDust with a team of skilled artisans and craftsmen, and claims to have become a leading jutti brand internationally in just four years.

It enjoys the support of a large clientele worldwide including celebrities like Sonam Kapoor, Deepika Padukone, Priyanka Chopra, and many more.

At present, NeedleDust has four stores in India – two in Delhi and two in Mumbai. Collaborating with couturiers Abu Jani and Sandeep Khosla has also garnered much attention for the company.

The company did an exclusive pop-up store in Hyderabad in 2018, and also at Priyanka Chopra and Nick Jonas’ wedding in Jodhpur. Riding on its success, it has also been featured in top fashion magazines in India and abroad.

Founded in 2016 by Neha Sahu in Rohtak, Haryana, ‘The Haelli’ makes hand-painted juttis out of leather. According to the company, it aims to break stereotypes and bring forth a collection that is elegant, quirky, and makes a stylish statement as well.

Apart from own designs, it also offers custom-made juttis, based on the customer’s preference. The startup also sells clothing for women. At present, the company has its own store in Gurugram, Haryana, and one can shop for its products online as well.

The brand only picked up pace last year, and has been approached by celebrities like Sara Ali Khan, Swara Bhaskar, and Sonakshi Sinha, which has given a big boost to its business.

Neha’s aim is to see Haelli among the top designer footwear brands in the country, promoting handcrafted products. “We are also hoping to see Haelli have a good physical presence in top locations across the world, and garner a premium customer base,” she says.