George R.R. Martin steps back from blogging to focus on “LOTS of exciting things” Game of Thrones creator George R.R. Martin is taking a break from blogging for the foreseeable future. Writing on his Not A Blog, Martin said he was pulling back so he could focus on all the “exciting things” he has going on. “LOTS of exciting things,” in fact.

Maybe too many. I am buried in work, so much that it is starting to overwhelm me. Even with my army of loyal minions. So I am going to step back from blogging — okay, from NOT-a-blogging — for a while, till I get a few of these monkeys off my back.

What exciting things could he be talking about? It’s anyone’s guess, but going forward, he will write fewer posts, and part of what does get written will be crafted by his “minions.” 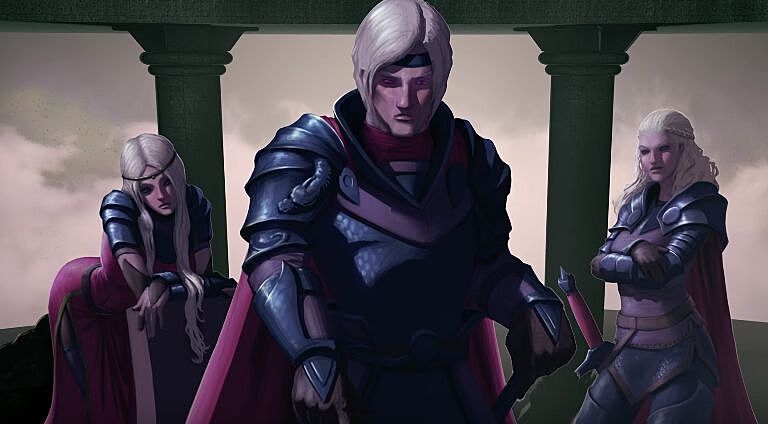 So what could Martin be working on? There are surely many fans who are hoping he’s nearing completion on The Winds of Winter, the long-in-coming sixth book in his Song of Ice and Fire series. Of late, Martin has also posted about the first volume of Fire & Blood, his history of the Targaryen dynasty. That’s due to be released later this year. Then there are the multiple Game of Thrones prequel shows in development, and he may also be producing author Nnedi Okorafor’s novel Who Fears Death for HBO. So there’s a lot he could be talking about.

Of note is that he pinned his post with tags for “editing,” “television and film,” and “writing.” Taken together, those imply he’s working more on the TV side of things, but nothing’s for certain. Let’s remember what he said during a trip to Los Angeles back in November.

When I wasn’t gazing out over the city from the balcony of my room at the Four Seasons, I was having meetings. HBO meetings, for the most part… exciting stuff, and they all went well… and meetings with some major film studios as well, about possible adaptions of some of my other work. All very exciting. Cross your fingers, cross your toes, I might have thrilling news down the line.

We’ll keep our ears to the ground.

Watch Game of Thrones for FREE with a no-risk, 7-day free trial of Amazon Channels.