With Modi back at the helm, startups hope for simpler norms, more investments 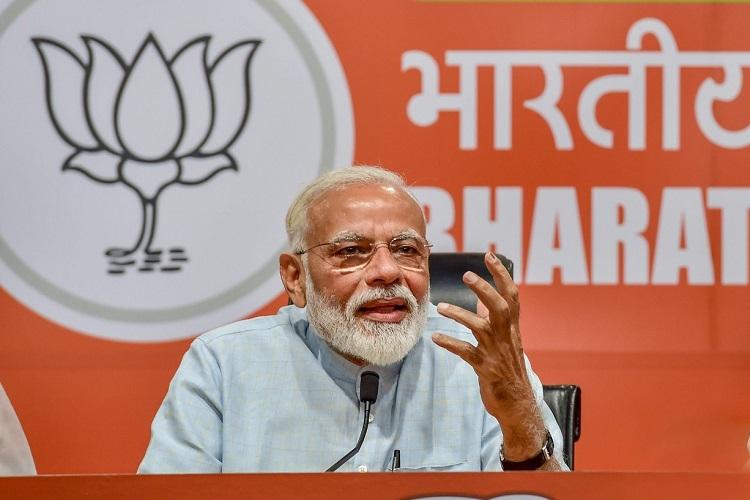 With the Narendra Modi-led NDA is set to enter its second term in India, the startup and ecommerce industry has set its expectations high from the government. The industry wants the government to work on boosting consumption and improving ease of doing business to increase investments, which will in turn encourage entrepreneurship and create jobs.

Ankur Pahwa, Partner and National Leader – E-Commerce and Consumer Internet, EY India says that among some key policy interventions, the e-commerce policy needs some urgent attention as it can propel investments, job and wealth creation to boost overall economic growth.

Rajan Navani, MD of JetSynthesys and Chairman of the CII National Council on Future Businesses and Artificial Intelligence also echoes the same. “I look forward to there being increased momentum in every aspect of economic development including a huge push to empower the people of India with jobs through entrepreneurship incentives and leveraging digital first technologies in every aspect of nation development,” he says.

Aditya Ghosh, CEO, India & South Asia, OYO Hotels and Homes hopes for a new beginning of inclusive growth, which helps the common man and renewed vigour in creating more opportunities for all, progressive thought and reforms that enable growth and entrepreneurship and drive maximum participation of young people

Looking at a larger picture, Suman Reddy, MD, Pegasystems India adds that improving clarity around key regulations is necessary for large tech centers to operate, expand and contribute to the national economy.

This is another area that several startup founders have urged the government to address.

Ashutosh Harbola, CEO and Co-founder, Buzzoka says that the re-elected government will have a lot more on their shoulder as new India has higher expectations this term. “On the front of ease of doing business, the government took some major steps last term and we expect even simpler processes should be implemented. And finally, on the GST front, I would appeal the government to introduce simpler filing processes for startups and MSME’s,” he adds.

EY India’s Ankur further adds that while the government has made considerable and commendable headway in ease of doing business, further steps linked to easing of norms will fuel the start-up ecosystem.

According to Vivek Tiwari, MD and CEO, Satya MicroCapital, this can be done through easy compliances and tax holidays. “Government should target to arrange easy and low cost funds’ access to start ups through specially focussed funds as well as relaxed guidelines for FDI for start-ups. Since Start-ups will play an important role in generating employment in the country as well, Government should also frame incentive schemes for start-ups for providing subsidies in various forms,” he adds

Prashan Agarwal, CEO – Gaana said, “The ongoing 4G revolution is a result of the favorable business environment created by the government’s progressive policies. The rapid increase in the country’s internet population over the past few years has aided digital-first businesses like ours and triggered a widespread rise in customer-centric product development out of India. As the country’s leading music app, we are hopeful the newly appointed leadership will help establish a more favorable business environment that cements our country’s status as a global innovation hub.”

Another issue that has been plaguing the startup industry over the past few years has been that of Angel Tax. Many startups were served notices for funds raised. While the last two budgets did not address this, the government did simplify norms.

Ankur says that while measures have been taken to provide relaxation from Angel Tax, there are still some unfulfilled expectations linked to its simplification when looked at from a long-term lens. More attention is needed to protect entrepreneurs.

Kartik Agarwal, CEO at Staunch says that they have a huge expectations ranging from Clarity on angel tax to tax exemptions on ESOPS, easing active compliance norms and state level funding & infrastructure support.

Pankit Desai, Co founder CEO, Sequretek, however says that the response from the govt was swift and impactful with regard to Angel Tax. “This govt has had 5 years already where they must have gained some insights and learnings about how to help startups flourish more. Now is the time to implement those learnings through supportive policy framework. There are still tech like AI, use of tech in agriculture, cyber security, where India is still either lagging or has to depend on other countries for delivering its products. Our expectation from the new govt would be to design a policy framework that makes India a global startup capital,” he adds.

Bhaskar Majumdar, Managing Partner, Unicorn India Ventures says that while the government’s focus on innovations and bringing in digitisation has resulted in Indian startups emerge in a big way not only in the country but at the global stage, the industry now expects more investment into the ecosystem through the Govt’s Fund of Funds of Rs 10,000 crore. “With the govt turning a big stakeholder, new startups getting launched will get a boost and confidence that early stage funding will be available for them to grow and scale up,” he adds.

Pravin Agarwala, co-founder and CEO of BetterPlace also suggests that the government expedite the growth by encouraging home grown startups in delivering large local and government projects, encouraging local funding by established organizations and perhaps do away with too many regulatory processes for new gen companies.