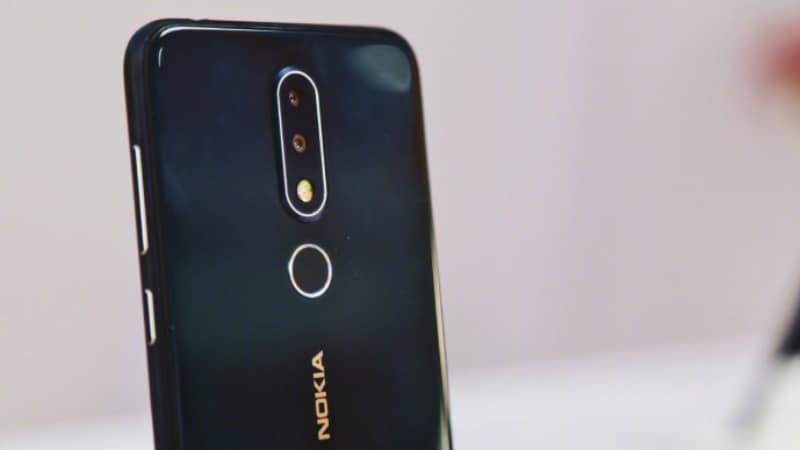 Nokia X was recently confirmed by HMD Global to be unveiled in China on May 16 – the same date as the OnePlus 6 launch in London. However, unlike the OnePlus 6, this will be a mid-range smartphone from the Finnish brand. In the phone’s latest set of leaks, high-resolution photos have been outed by a Chinese electronics retailer. As per the leak, the smartphone is once again seen to sport an iPhone X-like display notch on front and a vertically stacked dual camera setup on the back.

A post by retailer Suning.com on Weibo has outed several high-res shots of the Nokia X from what seems like numerous units kept on display. As seen in previous leaks, there seems to be no Zeiss branding on the smartphone whatsoever.

The Nokia X – with model number TA-1099 – was earlier spotted on TENAA, the Chinese certification portal. In that listing, the phone is shown to run Android 8.1.0 Oreo out-of-the-box. The handset will sport a 5.8-inch TFT display with 1080×2280 pixels resolution and a 19:9 aspect ratio. There is a 3000mAh battery under the hood, possibly with fast charging support.

Additionally, an octa-core SoC clocked at 1.8GHz will power the phone, alongside options of 3GB, 4GB, and 6GB of RAM, and 32GB/ 64GB of inbuilt storage. Storage expandable up to 128GB (via microSD). There are a total of three camera sensors on the Nokia X. Two 16-megapixel sensors at the back and one on the front with unknown specifications. Sensors onboard include accelerometer, ambient light sensor, fingerprint sensor, and proximity sensor. Finally, some of the connectivity options include 4G VoLTE, Bluetooth, GPS, and USB.