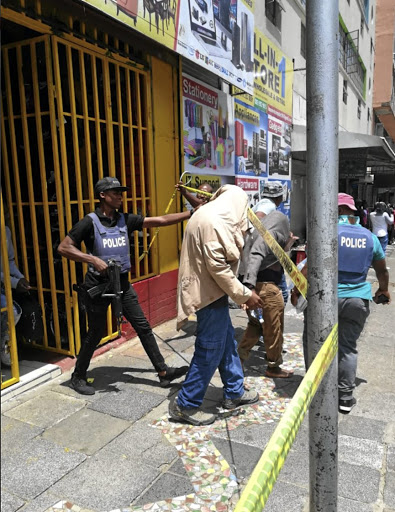 As police swooped on four men on Friday in connection with the Menzi Primary School robbery in Tsakane, another school was hit by robbers in Tshwane.

Police have confirmed that two suspects were arrested following yet another brazen robbery at a school, this time at Father Smangaliso Mkhatshwa Secondary School in Winterveldt, north of Pretoria.

Criminals allegedly pounced on the school in Slovo Section just before 7am and made off with laptops, projectors, cellphones and iPads all worth nearly R500,000.

Police spokesperson Captain Kay Makhubele said they were investigating the possibility that the suspects might have been involved in other school break-ins.

“Police arrived quickly to assist and the car as well as some of the gadgets were found. [Two] suspects were also apprehended.”

The robbery at the Pretoria school was committed on the same day the police in Johannesburg arrested four suspects alleged to be behind another robbery at the state-of-the-art Menzi Primary School.

At Menzi, close to 200 computers and other electronic items were stolen.

Police recovered 22 tablets and three laptops at the All-In- One shop in the Johannesburg CBD believed to have been taken from the school during the robbery.

A police source close to the investigation told Sowetan an informant provided information that led to where the stolen school equipment was kept.

The officer said their investigation could yield further recovery of equipment.